Skip to content
Home
•
The beautiful Thalia Marin is coming to Miami from Toronto!

Here is the beautiful Thalia Marin, wishing her many successes in her new stage as a host of the CubanTop10 Show. Thalia Marin is a Cuban actress, dancer and model, living in Toronto, Ontario, Canada…. Her inclination for the arts came very early…

At the age of 5, she was selected by a commission for the “Escuela de Gimnasia Rítmica de Cuba” and eventually she began ballet classes at the “Gran Teatro de La Habana”, directed by Alicia Alonso, in which she was part of several presentations!

Her inclination for the arts came very early, as evidenced by the fact that she took her first steps while dancing.Stated by her proud mother

At age of 7, she started at the “Grupo de Baile Español Rosalia de Castro”, where she received special classes in Flamenco Dance and Ballet Dance… She was in presentations in several different theaters of Havana, including the “Gran Teatro de La Habana”, “Teatro Mella” and “Teatro Karl Marx” She has been part of multiple different advertising campaigns, as well as in fashion shows as a model. In 2008, she emigrated to Canada and has been living in the beautiful city of Toronto to this day… In 2009, representing her city, she participated in the contest “Miss Latina Canada”, where she receives the award granted to the most photogenic contestant of the event…

From 2013 to 2016, she was the hostess of Events and Cultural Promoter of the “Cuban Disco Havana Style” in where she also taught Cuban Salsa Classes and made several presentations.

So what is there to expect from Thalia in the future? Many great things that will surprise all of us as she takes the stage as a host of CubanTop10.

The overall effect that she sets on all audiences cannot be described! 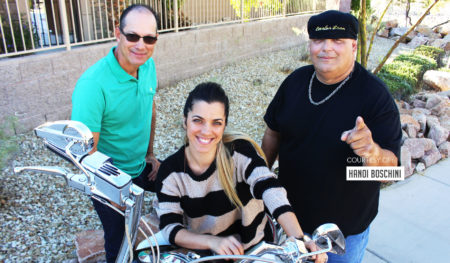